Since my last post 😩 I can’t believe it 😩 on the bright side I’ve been accumulating lots of photos and adventures to share.

We left Horsham on Tuesday to spend a few days in Melbourne to then head off up North again on Saturday. I’ve hardly been home. 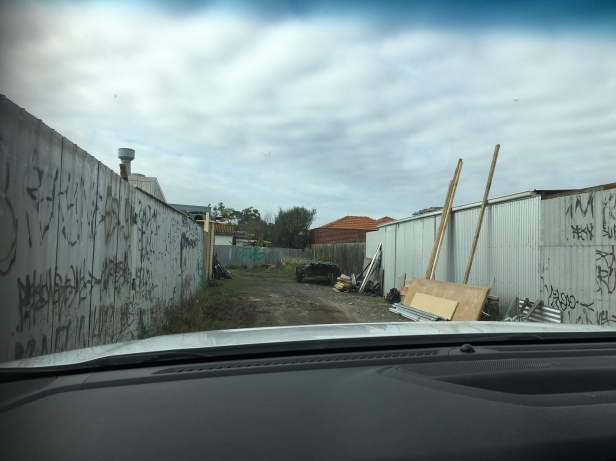 Our first stop was his rental to retrieve his bike. The laneway is ummm rough as. Apparently people shoot up in there. 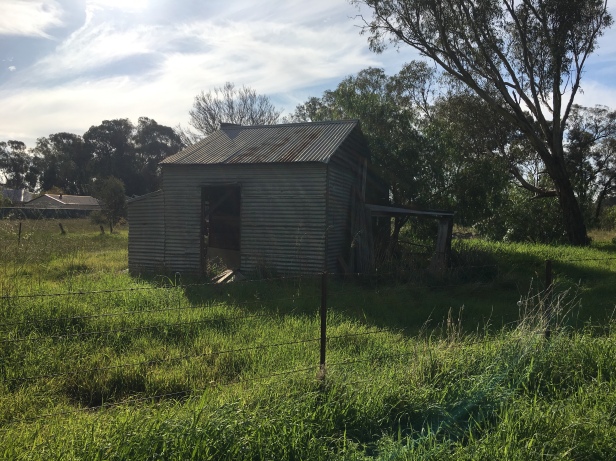 This is in Euroa, our lunch stop aka a pie and pee stop. Nothing was opened except for the bakery. I supplemented our pies with fruits and a cuppa.

From Euroa he drove non stop to Wagga Wagga. Since we started late we didn’t get there til around 5:30pm ready for dinner at 6pm.

Wagga is quite a big city around 60,000 people according to his friend. 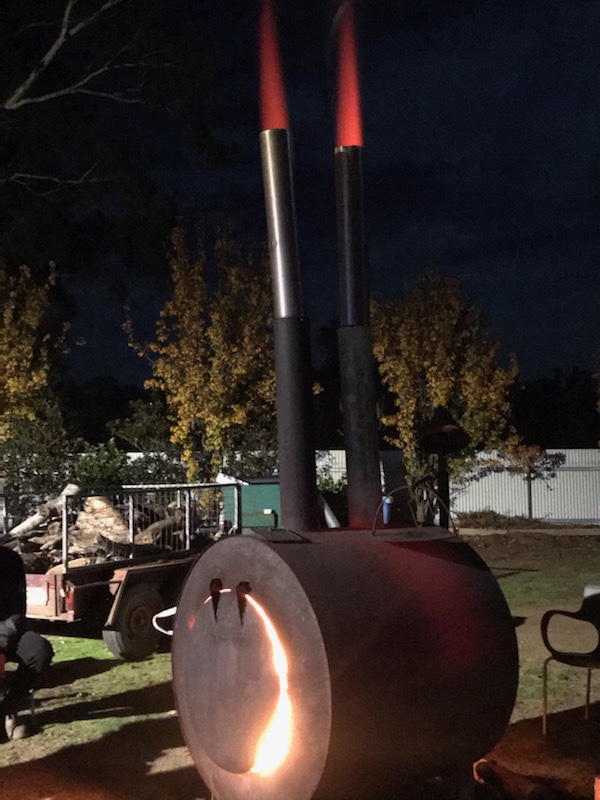 We sat around the fire every night. This monster ate a lot of wood. 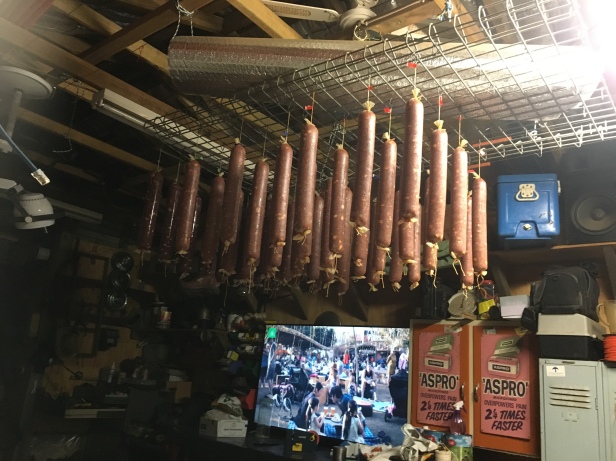 I learnt to make sausages. 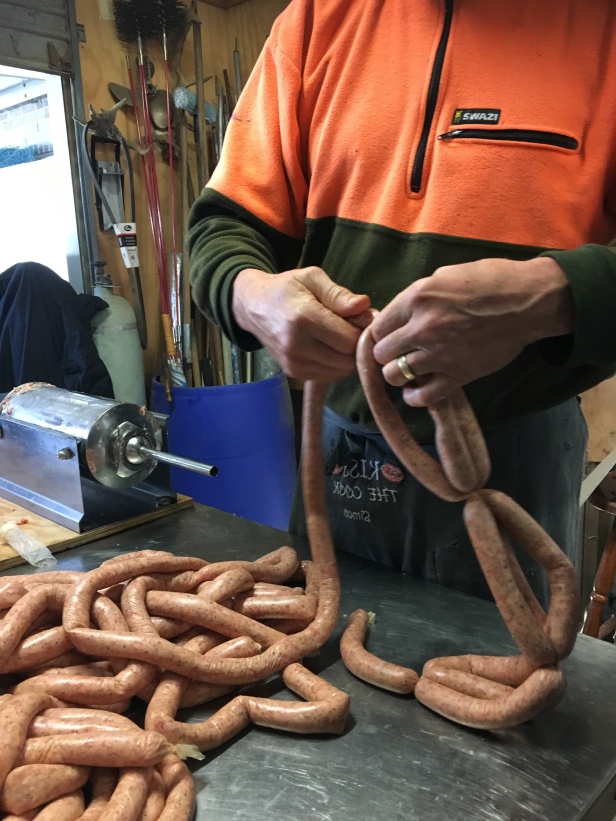 The three friends put money in to buy 2 pigs. The 120kg pigs costed $200 each. They made heaps of salami, sausages and still had belly pork left for this weekend to make pancetta. Not counting the ribs and hocks left over. Well worth the $400.

They’ve invited us back for next year’s sausage making. More so me so I can cook them lunch and dinner 😂

Wagga is a great city for cycling. It has a 42km bike track around the city.

The story is it’s a staunch Liberal seat and well they lost to an independent who’s a doctor. This doctor is a go getter and he did a lot for the city. Thus new levees as the city is proned to flooding. And the upgrade of tracks etc.

I was due back at work on Wednesday. By Monday lunch we still haven’t heard from his client meaning there’s no meeting on Tuesday.

It also meant I couldn’t follow him back. Thus I went looking for trains. Well my plan B fell out of the window too. Apparently you need to book the trains. You can’t just front up.

The XPT that runs from Sydney only run twice a day. The day time train was booked out. The one in the middle of the night was mostly booked out with only the cabin available for $188 instead of $60+ .

Probably due to COVID and social distancing no doubt.

In the end I swapped my work day to Friday.

We left his friend’s place early Wednesday morning to drive to Euroa for the work meeting thinking we had time to go to the other work site in Yackandandah.

Well he miscalculated the time and thank goodness for that as it gave me a chance to explore Yackandandah.

From Euroa we back tracked to Yackandandah staying night.

Thursday we drove to Wodonga for another meeting and then on to Tocumwal for two further meetings before driving back to Melbourne.

Needless to say we didn’t get back to Melbourne until after 8pm Thursday.

He’s off to Horsham tonight. Already missing him. I’m staying put for now to enjoy Melbourne.

Kind of missed city life. I do enjoy the country but deep down inside I’m a city girl.