The reason I go hmmm is I’m forever waiting!

He was supposed to drop me off in Bendigo on Monday morning so he can go to his parents to work remotely then work on his rental after office hours.

Well that didn’t happen. We woke up late and he started working on his email. Then he wanted to shag! By the time we had breakfast it was after 9am.

By the time I’ve tidied up and got changed it was 11am. He had a teleconference call with his boss at 11:30am and it was only to last 30 minutes.

The plan was for me to go for a walk to town! Sus out what is there to eat and let him know and he’ll join me for lunch! 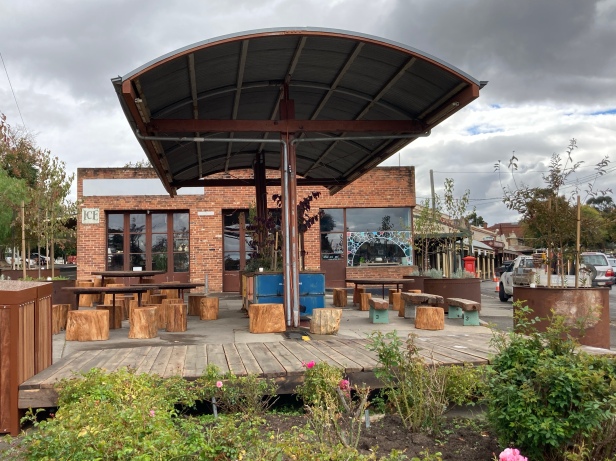 He was apologetic saying his call was delayed by 15 then his boss talked forever!

I wasn’t impressed! We had lunch in one of the two cafes that was opened. He had a sandwich and I had a potato in jacket.

After that we drove to Bendigo. With plans to stop midway for pancakes. Thus I went into the IGA to buy some strawberries and a passion fruit. For we’d finished off our berries that morning.

Whilst he was in Bunnings I made pancakes. Yes! Instead of somewhere nice we had our pit stop in a car park!

I fried up all of the mixture. So that he had some for later if he’s hungry on the drive home. His mum was feeding him dinner at 6pm.