Was suppose to pick up my client at 12:18pm. Well that didn’t happen. They missed their 12:18pm and since there were two trains, one departed at 12:18pm and one arriving at 12:18pm the booking form was wrong.

Not only that they missed the train by about 15 minutes. The next train wasn’t for another hour.

I had to ring the clinic to see if we could reschedule for 3pm or there about as we won’t able to make it there on time.The train don’t come in til 2:40pm and we’ll be lucky to get there on time. Told reception we will be running late. 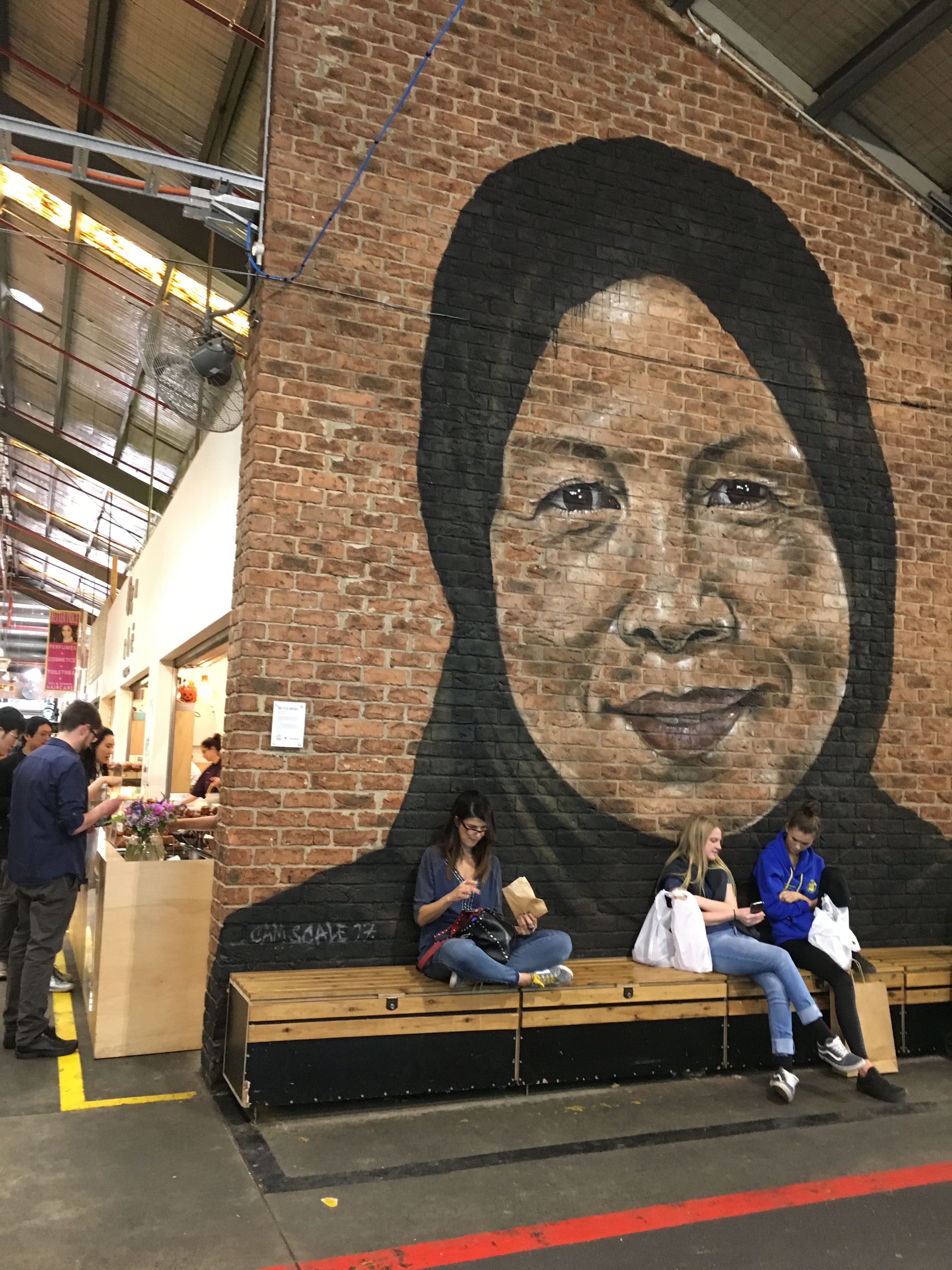 So I caught the tram to the market . Then found my second lunch 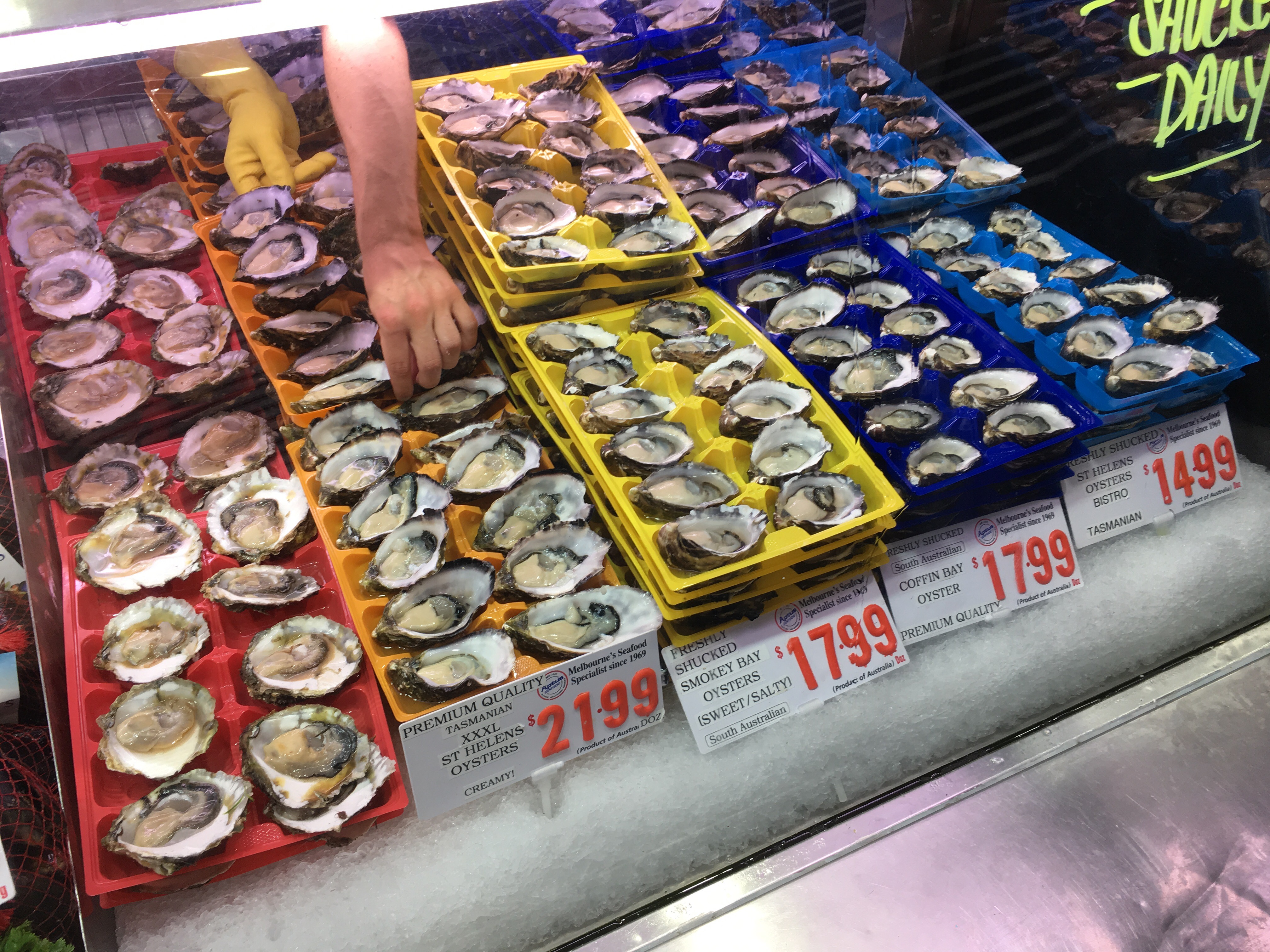 They sell them individually.I downed 3 of the coffin bay ones.

Found some lamb for dinner at Ralph’s .I bought some lamb fillet there. 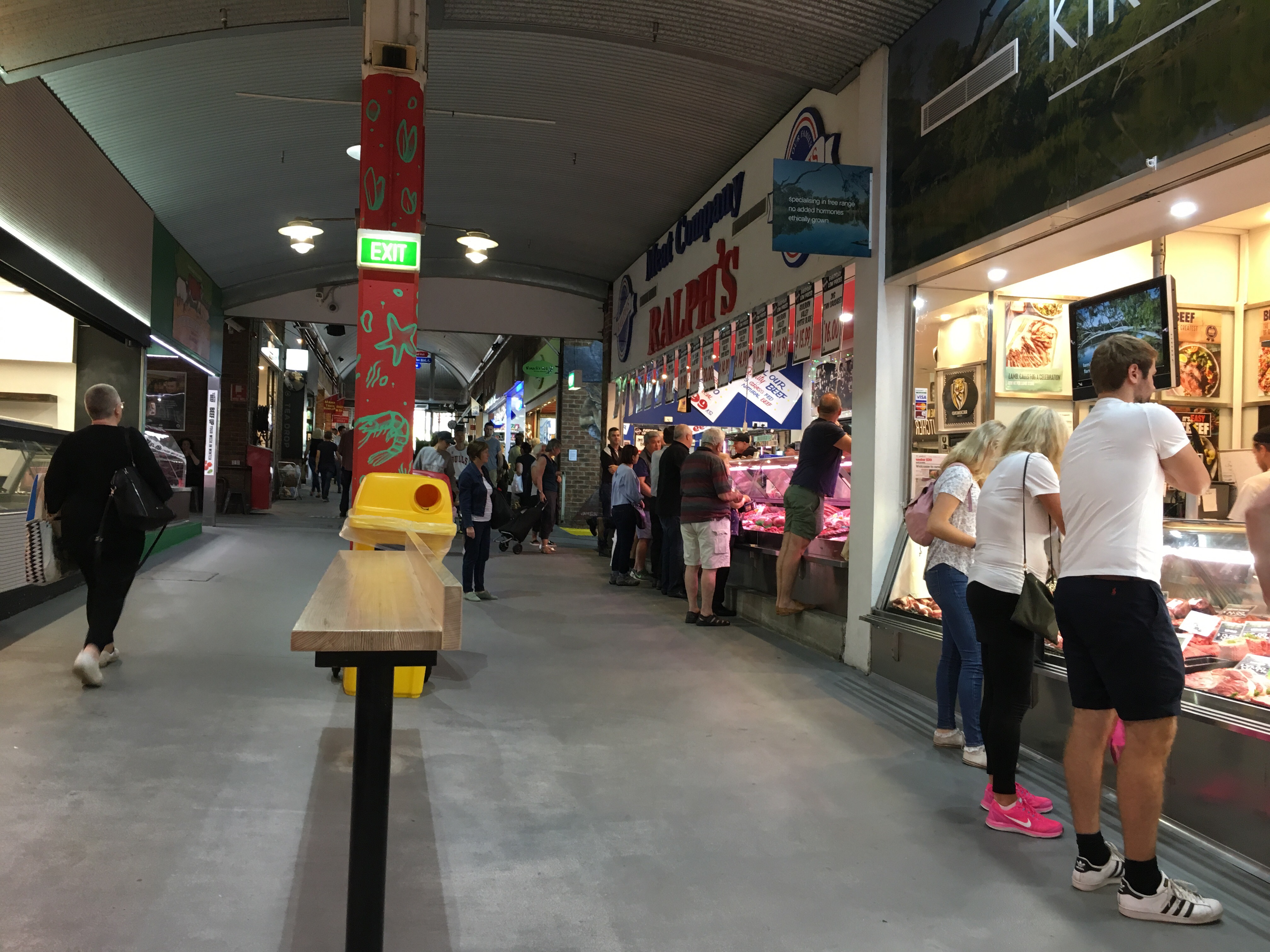 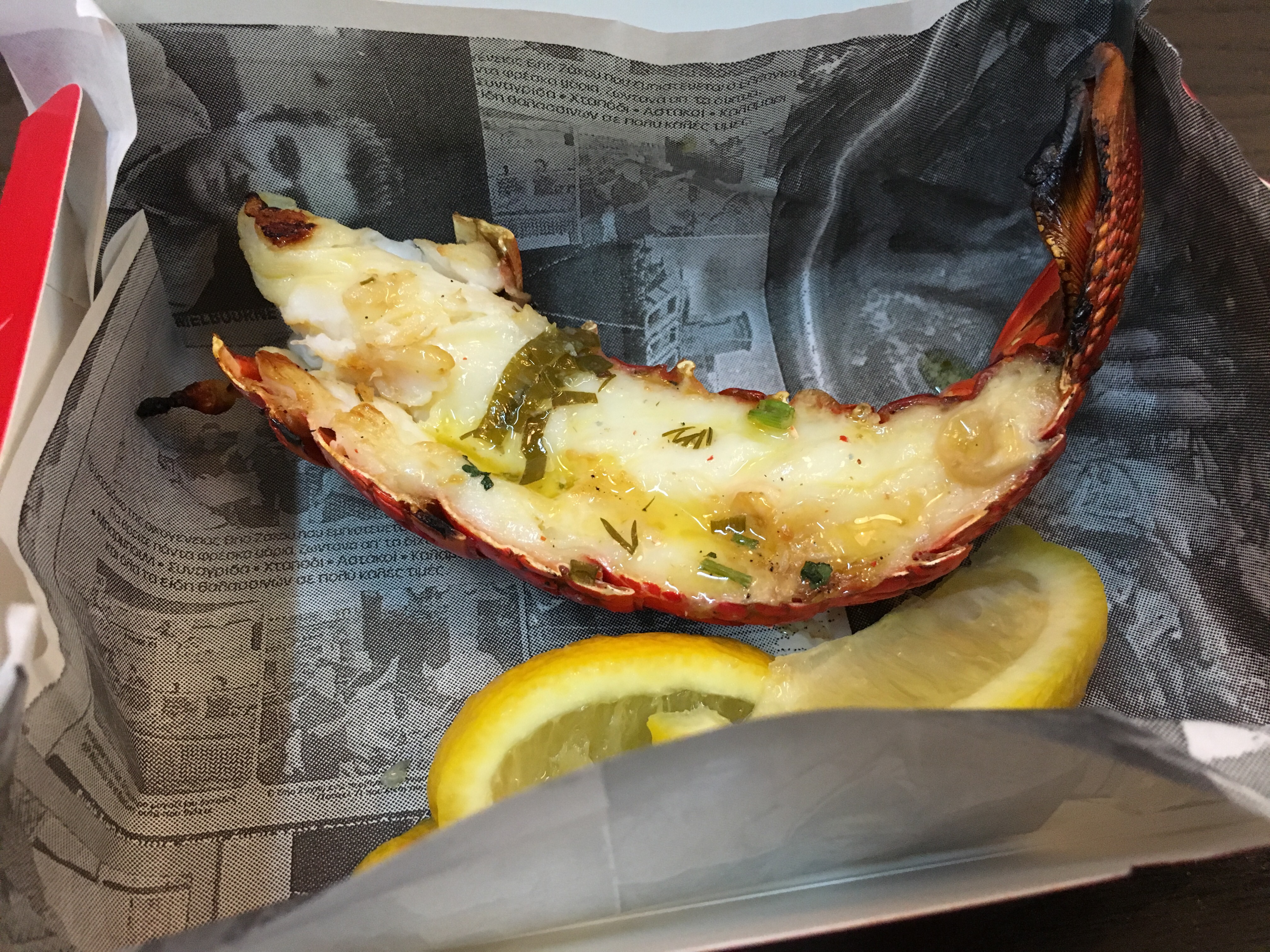 Who can resist lobster. A bit expensive at $15 a pop.

Found a deli for next time

Also got a bagful of pastries for tonight to split with my parents. 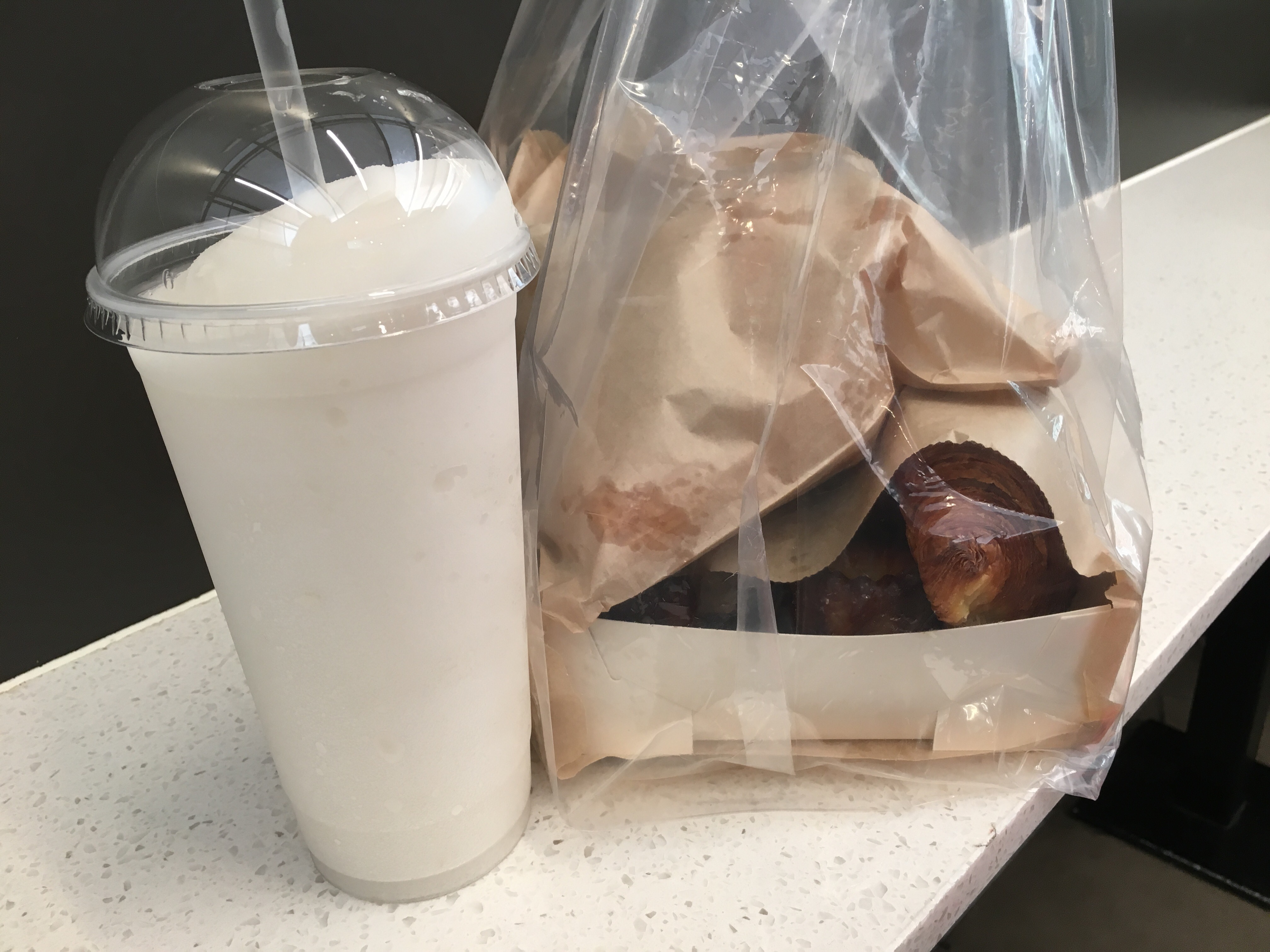 At Hungry Jack’s charging my phone waiting for the client.

8 thoughts on “Off To The Market”