Not sure what happened but ummm today didn’t turn out as it was supposed to turn out.

My halfie cancelled the coffee. I think he didn’t like the look of me.

Then my Mr Friday cancelled too citing may be Friday is better.

By then I was already on the train so I thought shove it. I’m going to go have lunch.

Popped by our headquarters to drop the USB off and went groceries shopping for my paella for tomorrow.

My steal from the groceries store. The baklava came from store next door. Pretty crap. Not like the ones from Prahan market. 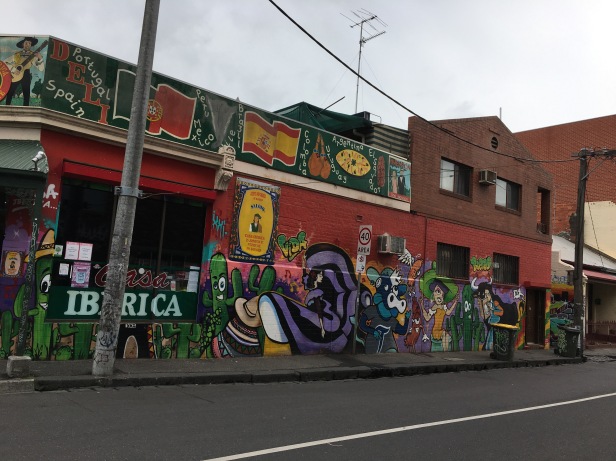 That’s the side of the store.

How cool is this ? 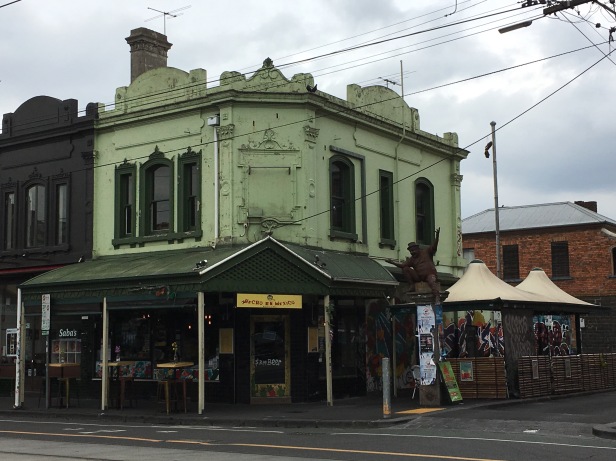 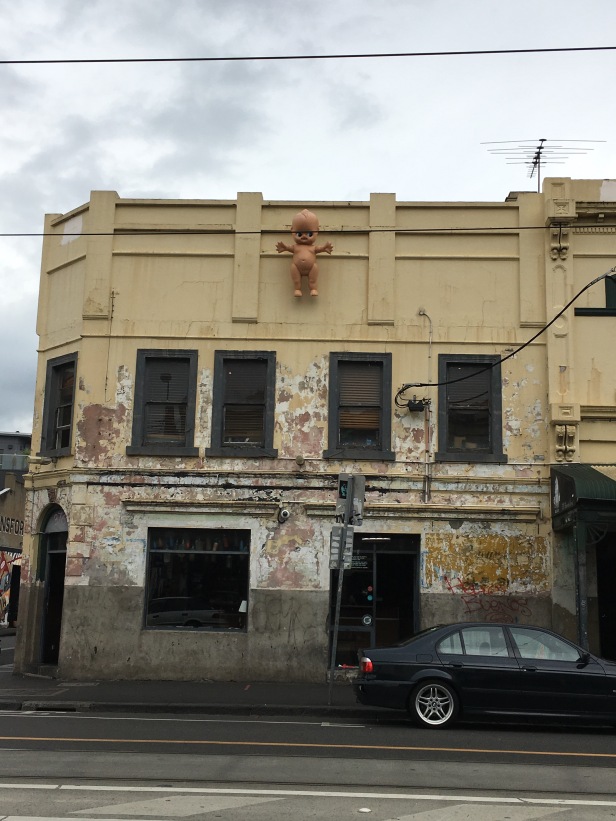 This looked a bit freaky to me 😂

This is Melbourne’s North. Spanish town.

I did have a date after all. Some guy wanted to meet so he made an effort and drove in. We went walkies then sat down had a hot chocolate and walked back just in time to beat the tow truck at 4pm.

I’ll be back now that I’ve found a treasure. Such cool streets. It was raining if not would have taken photos of the funky cafes we saw on the way.

As for my new walkies buddy he’s really nice . He told me he wanted someone exclusive but he had a feeling I’m not that exclusive 😂 and well he doesn’t mind 😂 What is that suppose to mean? 😂 Does it mean he liked me enough to forego his exclusivity rule? 😂