I made myself go into the city yesterday. I had to research on my walking tour.

Only to find they are closing the gardens as of next Monday. 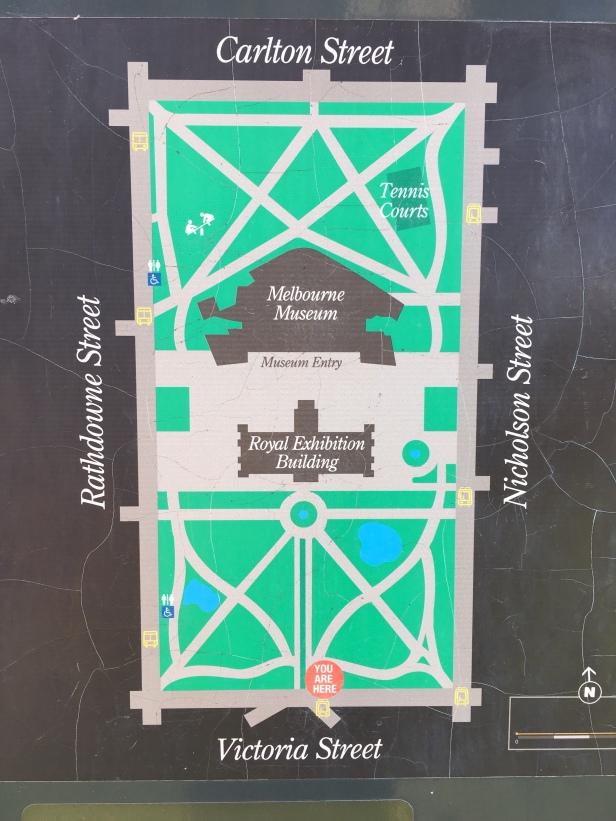 Map of the gardens. Guess I’ll have to rejig my talk and just do the tour on the north garden.

My talk is on the Carlton Gardens and the Royal Exhibition Building both are listed as World Heritage.

The gardens were laid out by William Sangster for the 1880 International Exhibition.

The avenue filled with plane tree. Originally there were 26. I counted 37 yesterday.

I think I saw a platypus . One of the two monotremes of Australia. They lay eggs but classed as a mammal.

Can you see the symbols of arts, commerce,trade, industry and sciences ?

The parterre gardens. The gardens was done in a gardenesque style . It just means the plantings were exotic. They’d strip the natives and replant them with plants that contrasts.

The flower beds are shaped. 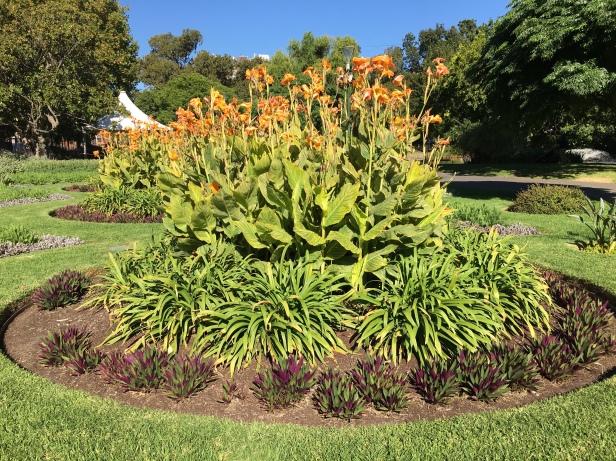 It also has two lakes. One of which used to be a quarry. 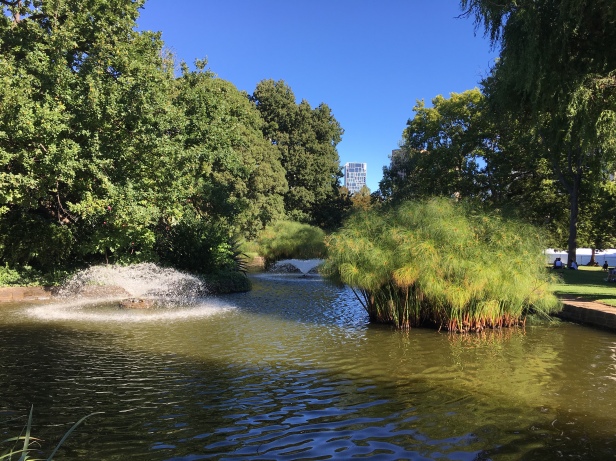 This is all in the South garden which was known as the pleasure garden.

And because of the annual garden and flower show it’s closed.

The north side is not as interesting 😩

Found my drinking fountain. It’s not in use. A gift to the people of Melbourne by a guy called William Westgarth one of the settlers in 1888.

The French fountain. From France that was installed end of the 1880 Exhibition. Made by a Parisian firm Val d’Osne. 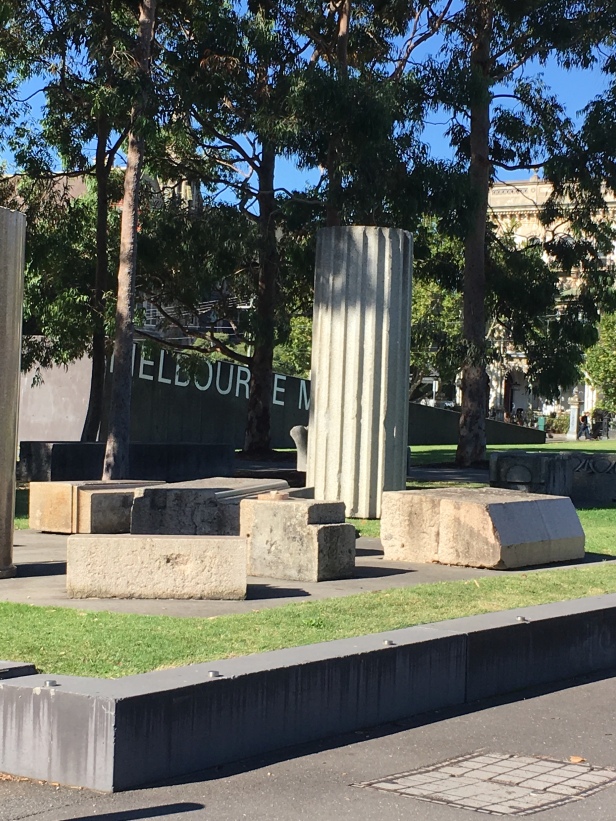 The granite ruins from top of a building that was built by David Mitchell elsewhere in Melbourne. It was brought here to rest when they knocked down the building.

The reason it’s here is because the builder of the Royal exhibition building is David Mitchell who’s the father of our Dame Nellie Melba , a famous opera singer. She got the title Dame from her fundraising efforts for war charities in WWI.

The REB was built on a bluestone foundation. 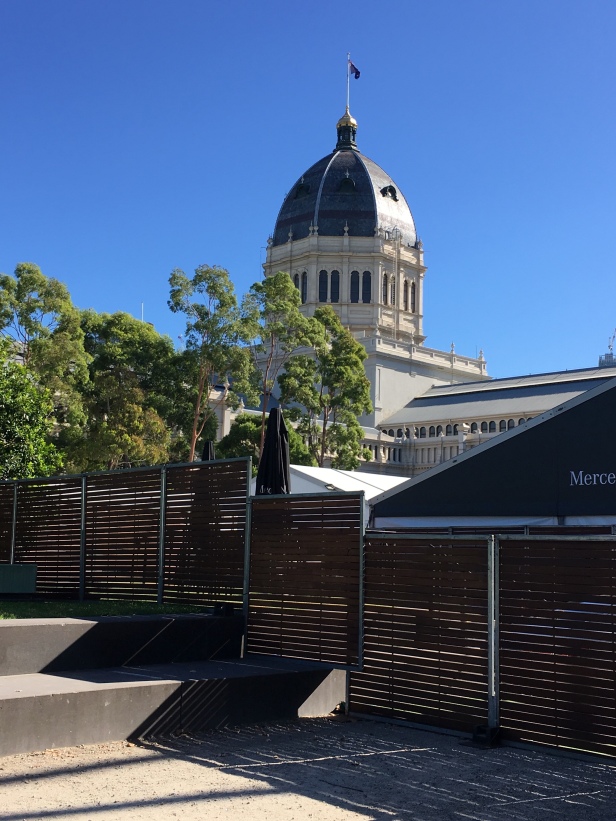 Joseph Reed won the architectural prize of 300 pounds. The building was designed in the German Rundbogenstil style which means round arch style. There’s also a touch of Italian Renaissance found in the murals and paintings inside the building.

David Mitchell won the tender of about 70,000 pounds and employed 400 men to build it.

Can you see the gold ? It’s 22 carats. As for the flag they held a flag designing competition and the winner gave us our flag today. The competition attracted 32,000 entries.

The national flag was flown here first in September 1901.

Three months before that saw our politicians been sworn in before a crowd of 12,000 people.

The story is that Melbourne and Sydney used to fight as to who would be the capital city of Australia.

Thus in the end it was decided that Canberra would be the capital and whilst waiting for Parliament House to be built federal parliament occupied the Victorian Houses of Parliament.

The REB was very important not only to Melbournians but Australians as a whole. It was our way of showing the Europeans that we are not just settlements on the fringe of civilisation but a metropolis of the Southern Hemisphere.

And show off we did. The world came and saw the large and grandiose display at the Melbourne International Exhibition of 1880-1881.

Now how to incorporate it all together for my walking tour. Having trouble remembering all the names and dates 😩