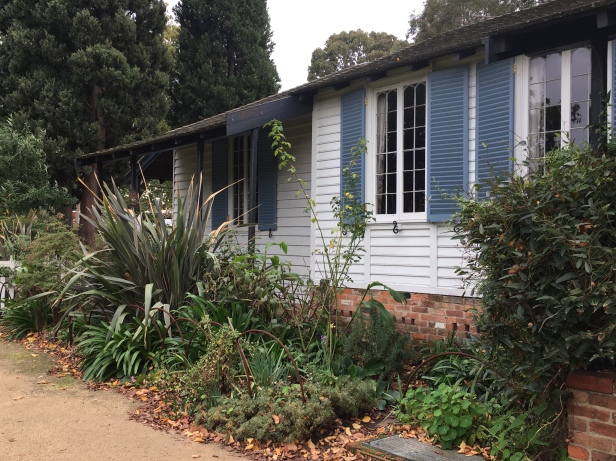 This was his cottage.

They recreated it as only part of it was original. 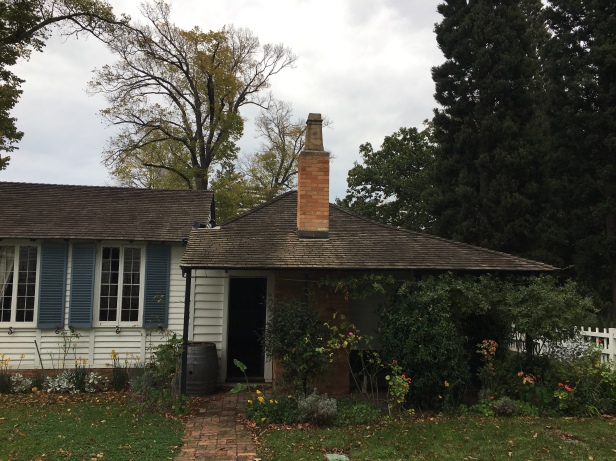 The end bit was original.

Back in those days this was the kitchen .Pretty primitive . And since they burn their kitchens down quite frequently the kitchens were built as a separate building from the main house.

Apparently Lt Governors don’t get a house to live in. He came prepared with two houses.

After his wife died, he left Australia and he remarried her sister which meant an incestuous relationship in the eyes of the church and the British system . He never got another job! Thus if not for his acres in East Melbourne in Australia he would have died a poor man.

Jolimont was where he honeymooned with his wife. Hence that’s where the name of the estate came from.

They subdivided the land and well one subdivision was worth more than what he had paid for the whole lot.

Mind you he had 6 kids that he sent to private school. 4 with the first wife and 2 with the second.

From the splendour of the government house built in 1872-1876 to this tiny cottage built in the 1839, it showed how we’ve advanced in building.

The cottage was prefabricated in the UK then went by ship here. The only thing missing was the roof. The roof was of local materials.

It’s very interesting. I didn’t take many photos of the inside. Only some were original pieces.

The bed was tiny considering he was 6 feet 2. Apparently they slept sitting up in the olden days to aid with digestion. Was wondering how they have romps in such a tiny bed 😂

2 thoughts on “The Lt Governor”