I slept in today. Last night I went out to dinner to catch up with a colleague. She’s a nurse from Geelong. Haven’t seen her for a long while. Since 2012? When I left Geelong Private.

It’s a nice catch up. Too rushed as I had to leave at 7pm. She now lives around the corner from me. 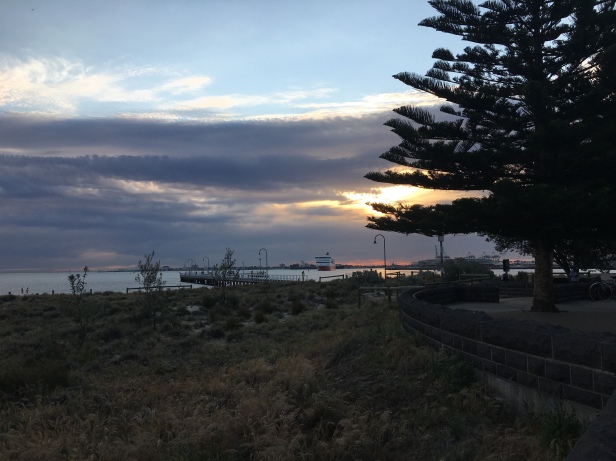 7pm catch up was with a guy from Meetup. Potential FWB. We kind of click and well it’s an easy companionship. I would never go for him as he’s cocky as. Nice to play with but that’s it.

As for Mr Moisturiser I am doubtful. Every morning he texts and tells me he wants me. But the texts are just of sex. It’s awful.

Today Mr Cop texted me to ask me out to lunch some time next week. I’m like whatever. He sounds like he wants someone to look after him.

Next week I’m working 3 days straight 8-6pm then got a day off on Thursday then Friday I’ve got a tour on. The hospital was short and so I reluctantly agreed.

It means this weekend I’ll have to study. To prepare for my tour. And there goes my week.

*** photos of my walk the other night. I was restless so off I went.