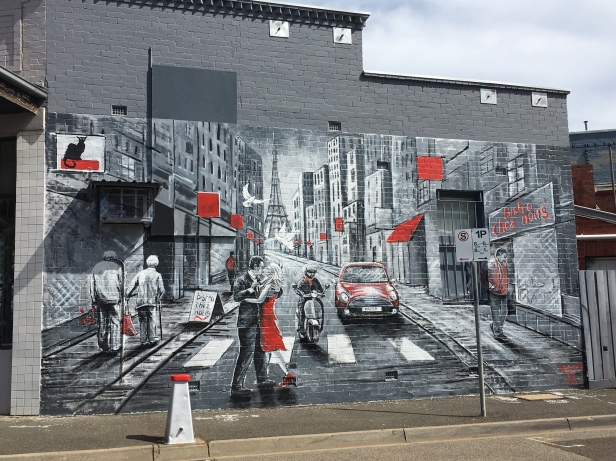 I love this..the side wall of a French cafe. 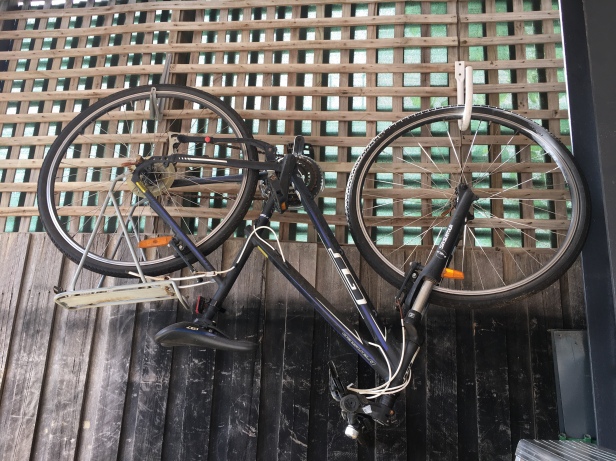 The bike is in my car. Off to the bike people later after I put petrol in and check my tyres. The bike people are about a 45 minutes away. 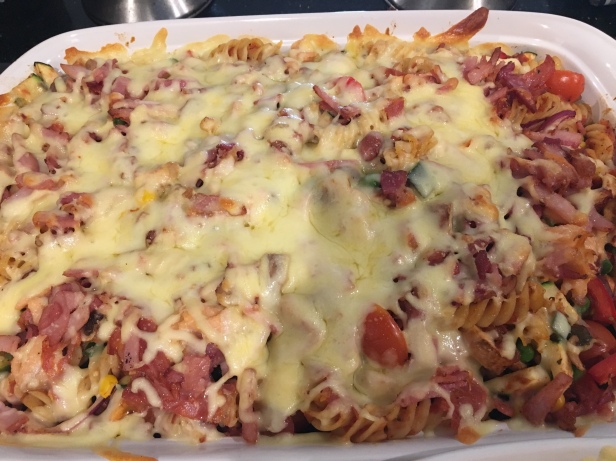 My pasta bake last night. Their oven was playing up so the bake fell from the oven tray.

I made 2 big ones so enough for one more meal. I over did it. Too many components.

I had 2 containers for my freezer and still enough for lunch for them. And that’s from a 500g packet of pasta.

Mr Wanderer is coming for dinner. I’m half excited and half dreading it. 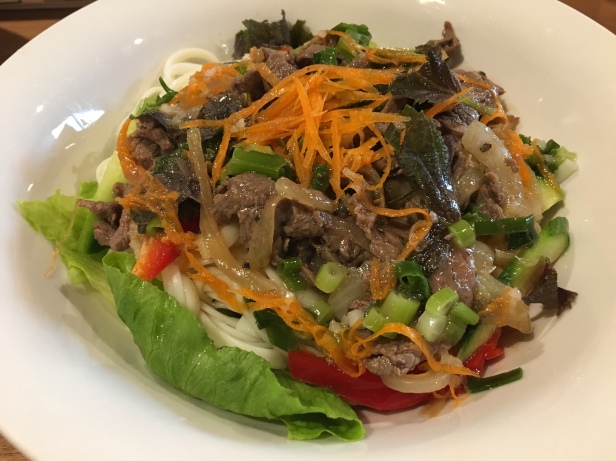 I’m making this again so he can try it. Also will buy some lychee to have with ice cream as it’s going to be a hot day.

Since I did promise him I’ll make it for him one day.