Outside the skies are still blue. The sun still shine and the birds still chirp.

It’s like nothing has changed. Our numbers are still high. Considering it’s only been 2 months since we had numbers in the teens.

Yesterday it was 272 with 2 deaths and 238 today and 1 more death. We’ve got 105 in hospital and 22 on ventilators. The numbers in the hospital and ICU has ballooned.

Within my hospital group there’s been infections but in another hospital. I’m safe for now. The hospital involved is located opposite a public hospital which has a COVID ward. So it was only time.

I went out today. I walked to the market. Kills two birds with one stone. Get my daily exercise and to grab groceries.

In one street they are installing planters along the nature strip/footpath. 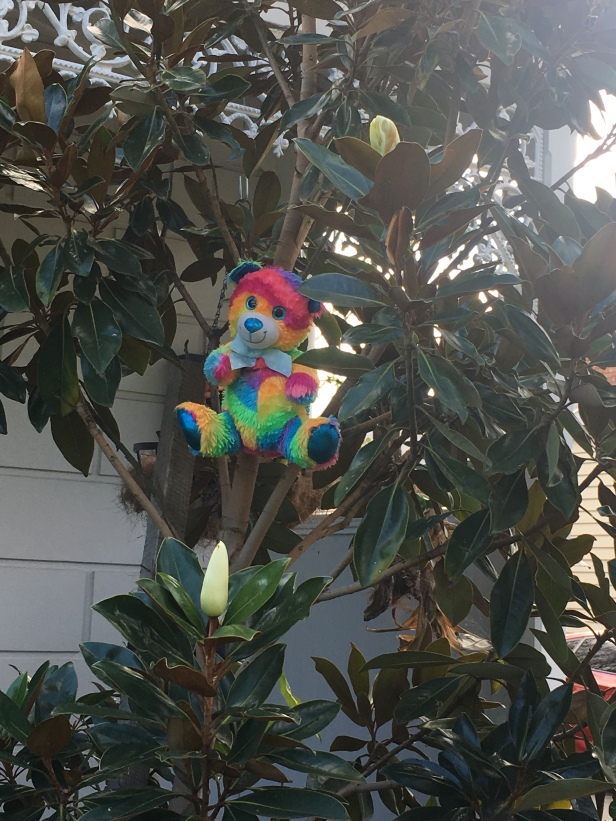 Someone popped a bear in their tree. For the kids to find on their walk. 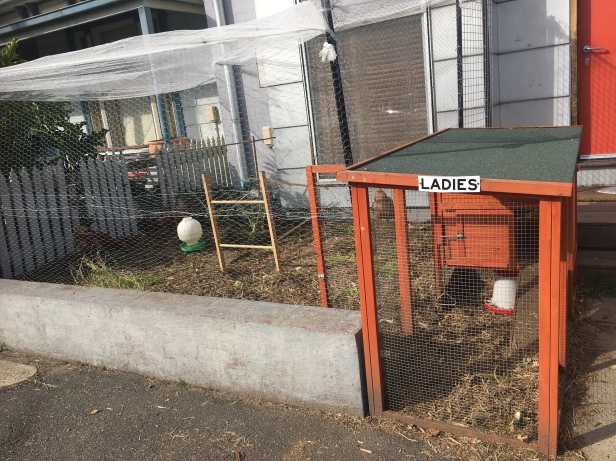 And yes even though it’s only a terrace they’ve managed to have a chook coop.

This guy must have seen me as he’s posing smiling 😂 the fish cart..it’s where I usually have lunch when I go to the market. For $12 you get grilled fish in a Turkish bread roll with some lettuce and onion.

I should start dinner soon as Mr Wanderer is coming over. I’ve bought some sea perch that I’ll bake with a miso glaze on a bed of spinach. I also bought some cannelé for dessert.

He told me last night he’s bought hoses to fix my leaking mixer. I was going to call in my plumber but he reckons it’s an easy fix. I’ll let him have a go. It’s a chance for him to rescue a damsel in distress 😂