Day 2 started in Barwon Heads across the bridge from Ocean Grove.

He went for an early bike ride to kickstart his heart. Being very fit his heart rate is quite low. 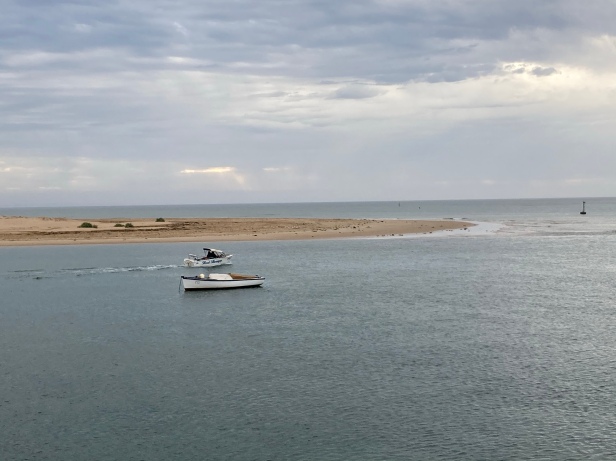 I went walkies, bought two coffees for us. Then we met up for breakkie at 8am. Our usual fare of cereal and coffee.

We rode along the bike track. It’s really pretty. There’s a caravan park near by that had awesome views. 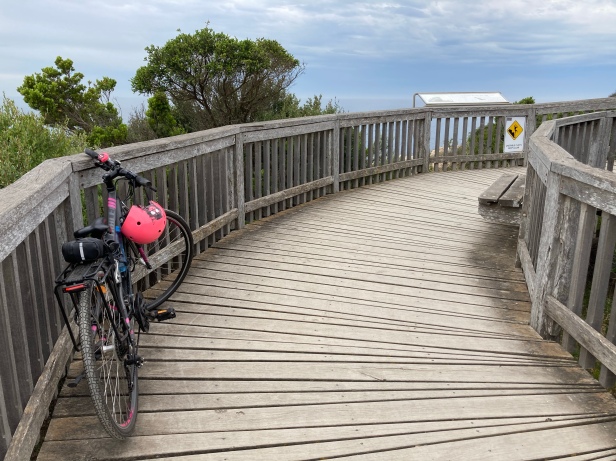 Yes I pedalled all the way up top. Had a rest there as I’m not used to pedalling uphill. Was probably 90% to the top in this photo.

After that ride I came back to the caravan and he went for another fast one. He’s a racer!

We ended up having coffee at his friend’s place back in OG. Whilst there I did manage to grab groceries and we headed off to find a good spot for lunch.

We ate a late lunch here at Breakwater. It’s by the Barwon River. Just ham and salad sandwiches.

After a nap here we drove off again. Wasn’t a great nap as every time the VLine, the regional train, came across it thundered along the metal tracks.

Looking in the other direction

Flowers I found when I went to do a number 1 in the bush. When in the country it’s much cleaner to just squat and wee behind a tree or bush.

I’ve got it down pat. Squat and aim low. Wear liners and shake after you’re done. The liners will do the rest. No need to use toilet paper or washing hands.

Our next destination Lake Jubilee which is a caravan park. As long as you’re only there as a day guest then it’s okie.

It’s something special. I think he’s got fond memories of that place. To me it looks like just a caravan park next to the lake. 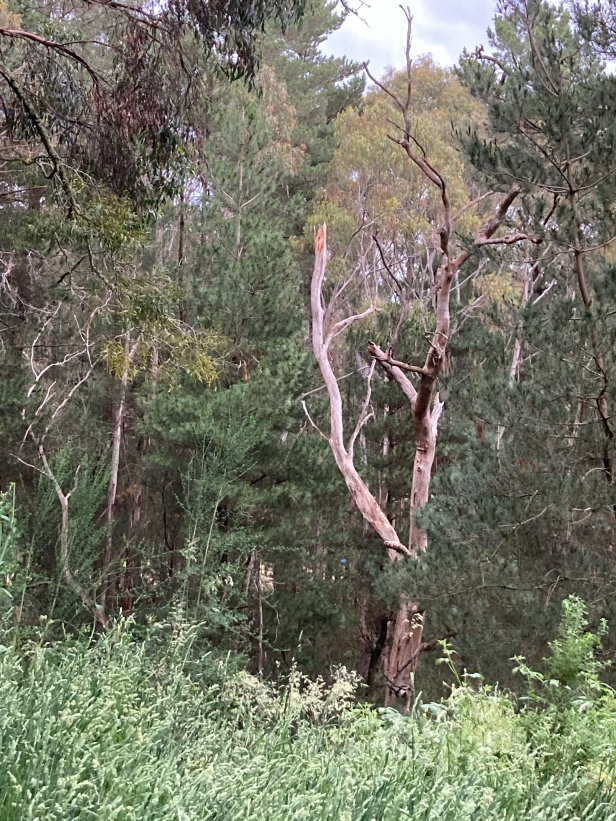 Trees by the lake.

A sign depicting trails that you can ride. It’s a long way! 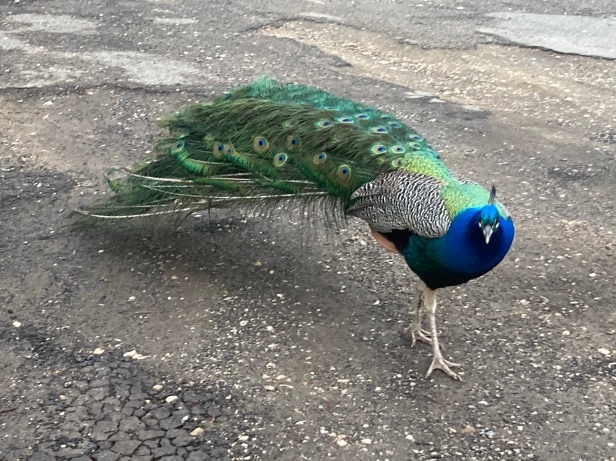 This little guy is tame as! 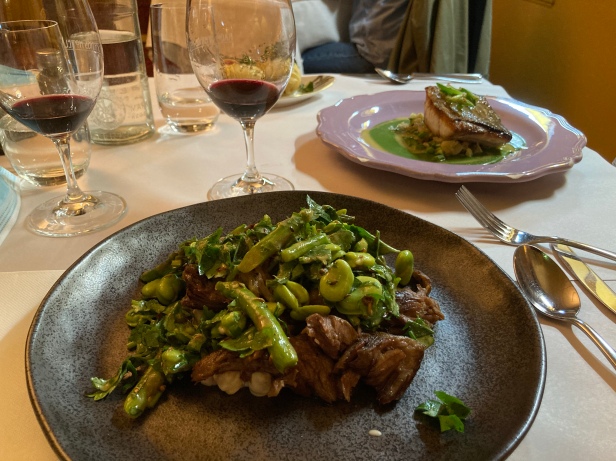 He treated me to a nice dinner at Radio Springs Hotel (Lyonville). We had Barramundi, lamb shoulder and potatoes for main. A beetroot dip with bread for entree. And an apple and rhubarb crumble for dessert. 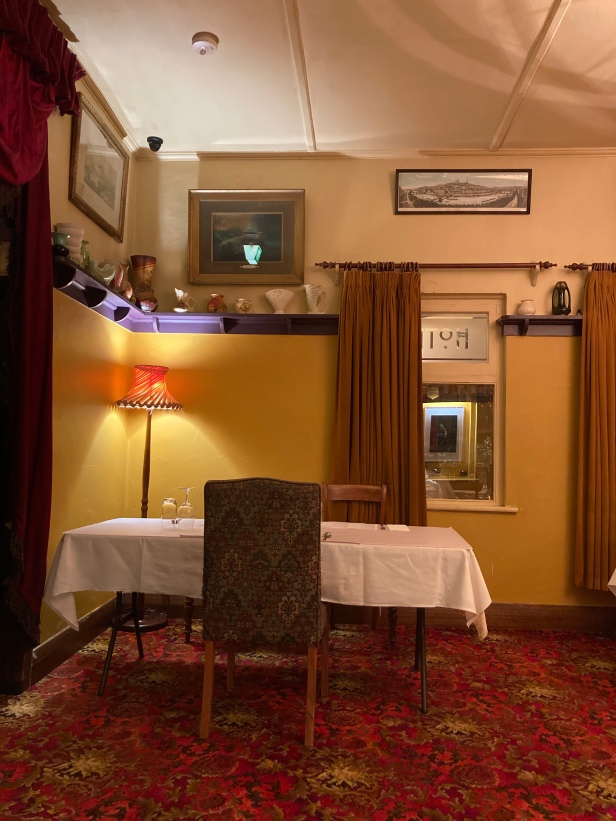 It’s a quirky little place. Cute! This is where we both like the same thing!

Pre-Covid they had live music. Not so on the night that we were there.

And of course we had wine! Apparently the design of the label was done right there in the corner of the hotel.

We finished the whole bottle. Then rolled ourselves back to the caravan to sleep. That’s the beauty of it! No need to drive anywhere. The hotel had land that you could camp.

It was a great night. I was so glad he took me there rather than taking me to an expensive restaurant that’s just the run of the mill.