The next morning we went water collecting. Daylesford is known for its Spring water. 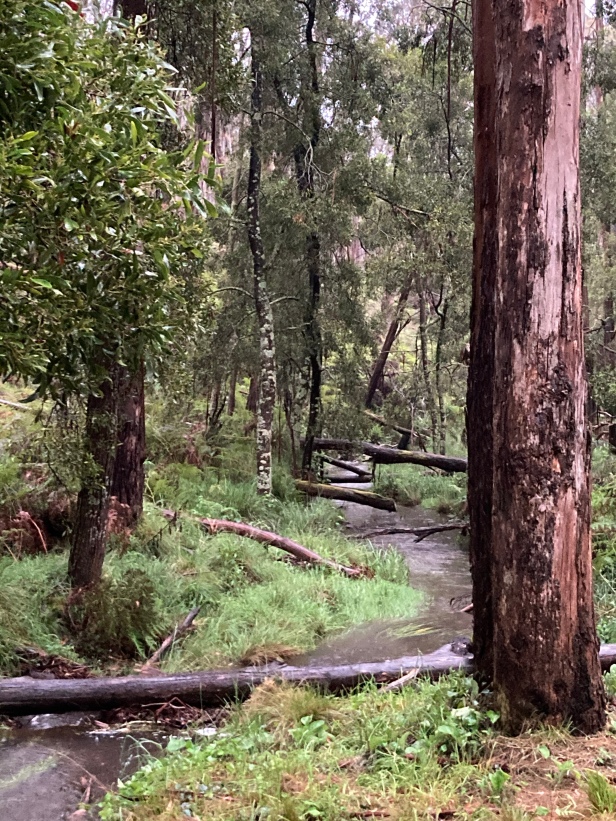 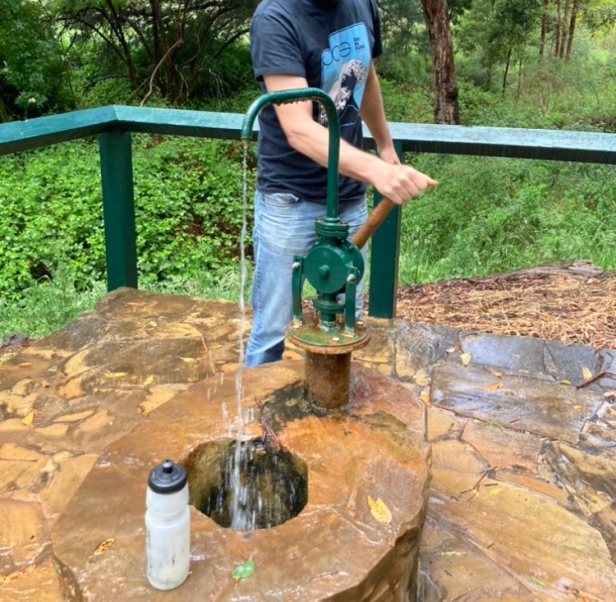 We ended up driving into Daylesford so he can work. We parked at the lake. He worked and I went walkies. Then we grabbed coffee from Splinters.

And since he still had to work we moved on to the main strip for me to explore Daylesford. 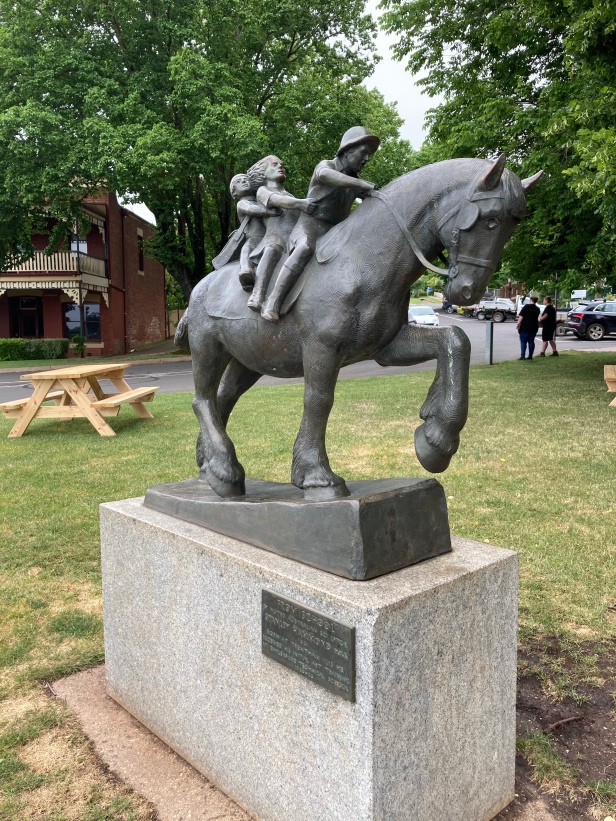 On my way to grab groceries

After lunch we moved on to Hepburn Springs. 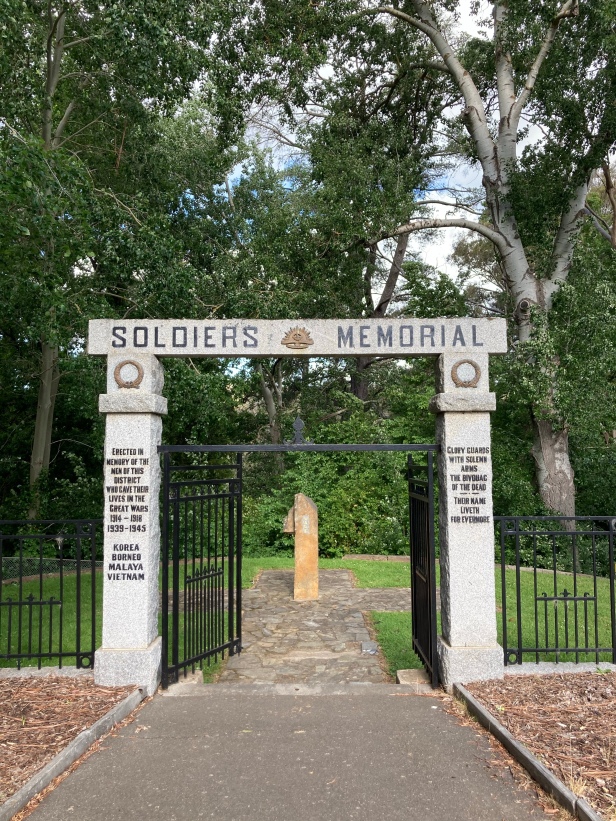 First I walked into town. Tiny place. Not much to see. 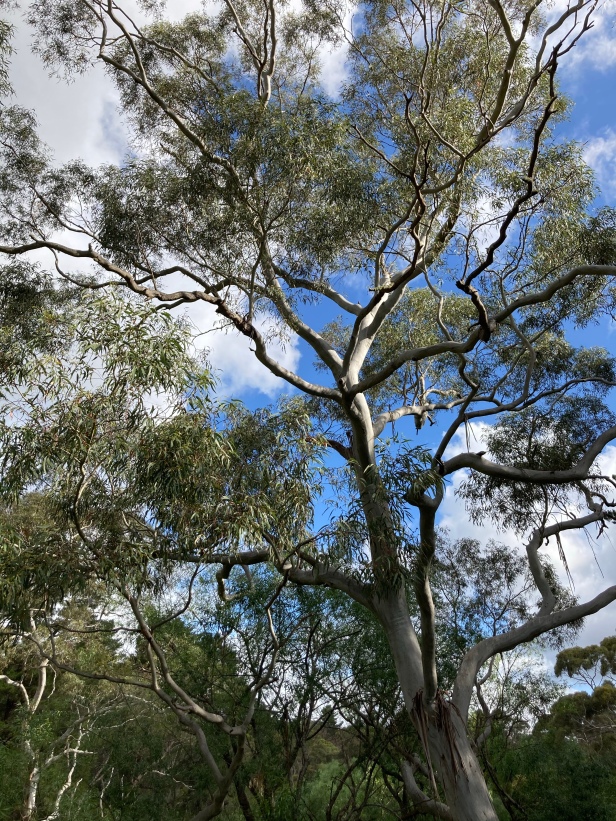 So I took photos of nature instead.

I only read this on the way back! It freaked me out even more.

I wanted to go and see the look out after the walk to town. But as I ventured further in the more spooked I got. There was no one around only me. It was after 6pm and well after 20 minutes of walking I gave up and headed back. 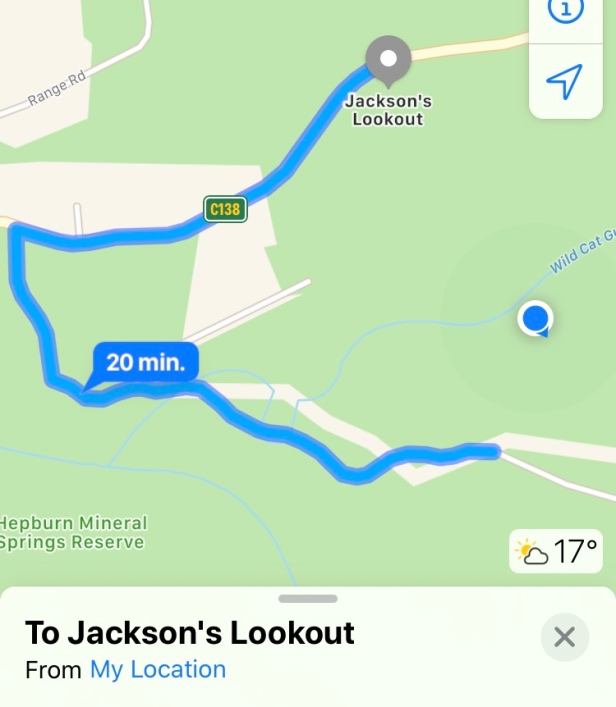 Even after 20 minutes I was no where near where I’m supposed to be.

So I headed back. The track got narrower and narrower. It wasn’t flat either with rocks everywhere making it quite hard to navigate.

I was on the right track. I doubled check on the way out. If it was earlier I would have risked it. But since it was so late I couldn’t. I didn’t want to spend the night in there. I had no provisions except for my bottle of water and I wasn’t dressed appropriately either.

Mr Wanderer is very resourceful. I like sticking with him. He will keep me safe.

We moved on to Warburton Bridge camp site. It’s a free one along the river bank.

We camped just in from this spot. 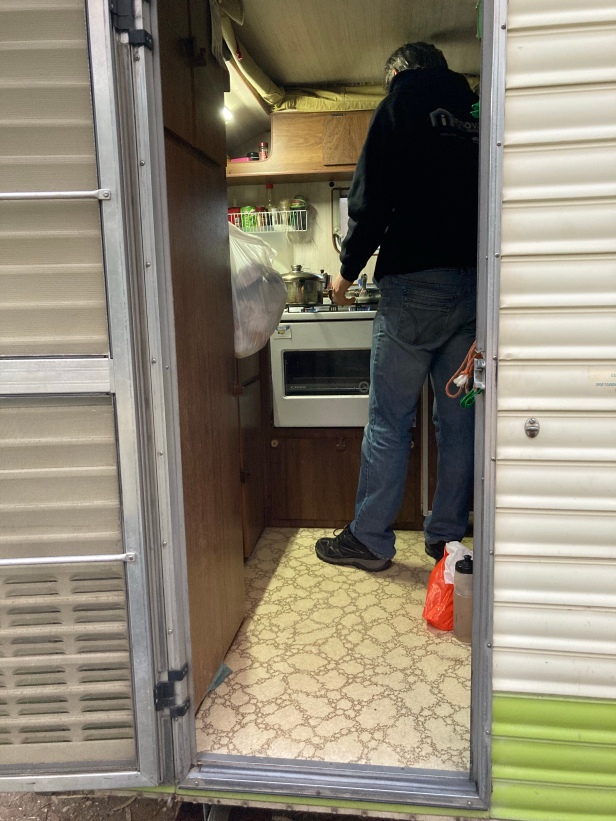 Mr Wanderer cooking our tea. He’s fussy as so I prepped and left him to it.

I sat sipping his beer instead whilst I waited for dinner.

Dinner was salmon and 3 veg., potato, carrot and zucchini. And a salad with a simple soy dressing since there was nothing else. Make do with soy, squeeze of lime and some honey.

Had to ask for some cooking oil from the old man next door. In his haste he’s forgotten his salt, pepper, oil, tomato sauce, baking paper and so on. And yet he wouldn’t let me pack the caravan! I did offer. He declined.

The old man next door invited us to use his fire.

One thing I’m terrified of is the pit toilets. They stink and full of flies. Mr Wanderer calls them thunder boxes.

He would be quite happy to take his headband torch and go sit in the thunder box. I’d rather dig a hole any day!