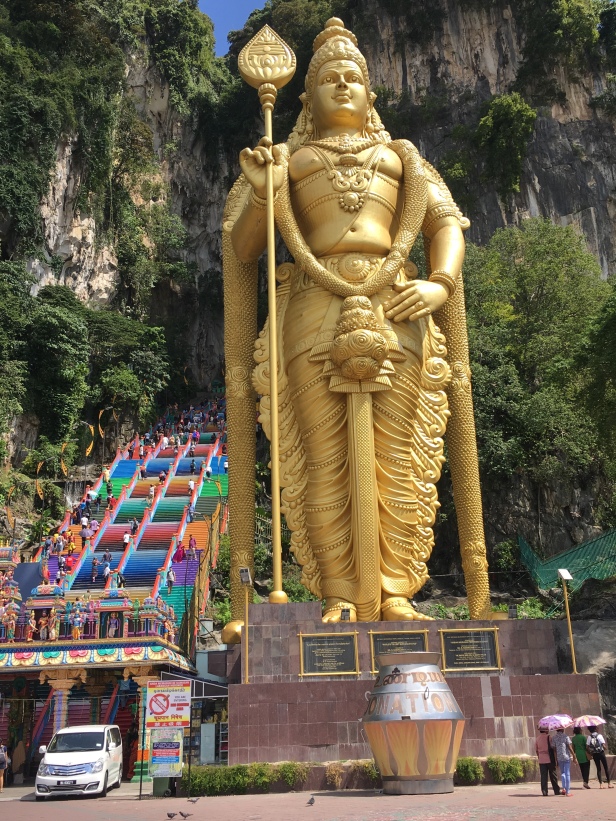 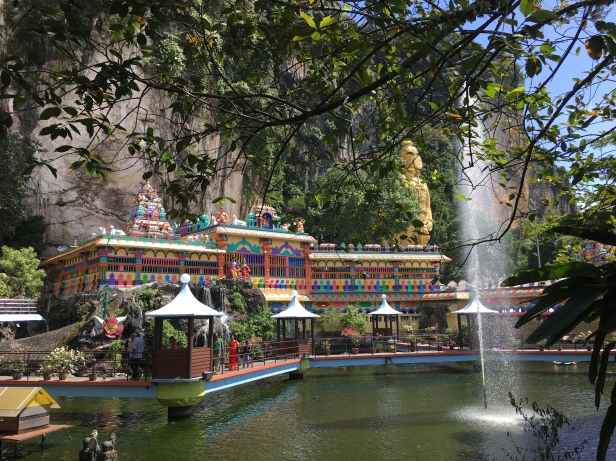 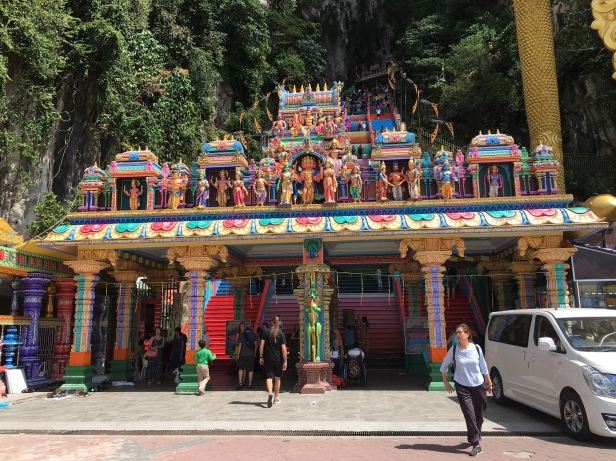 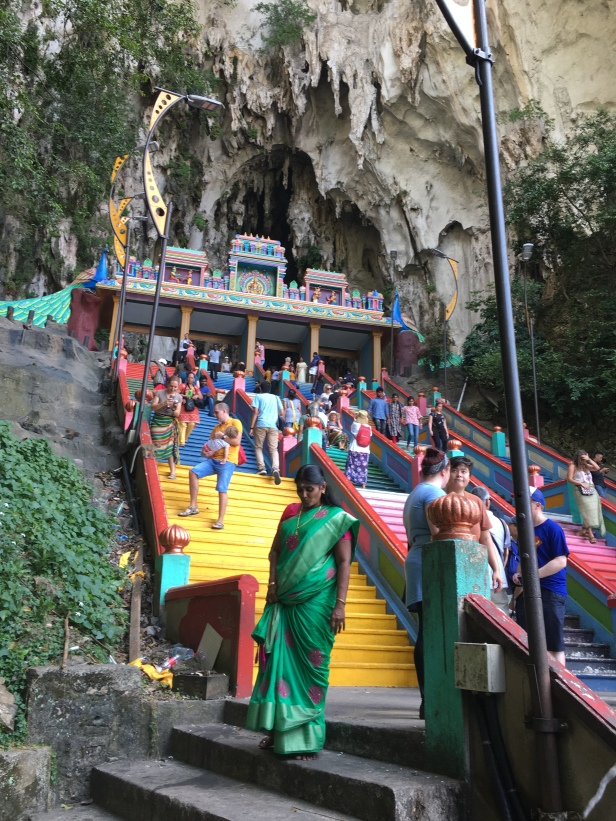 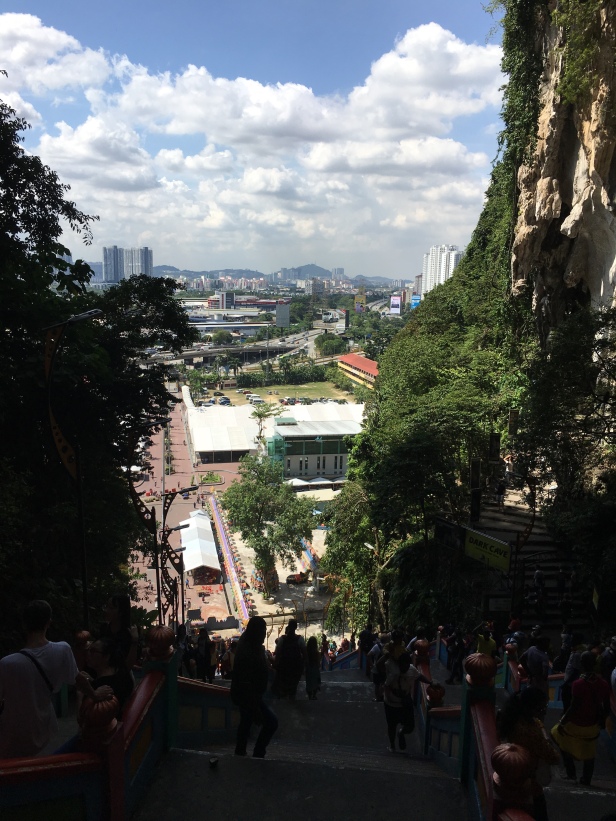 Views from up high 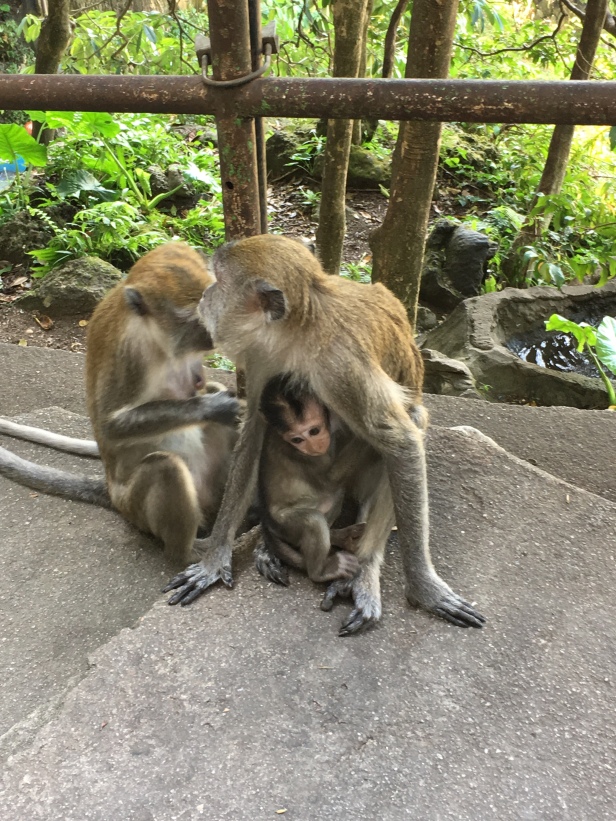 Best bit was the monkeys. They were very entertaining. Hubby got his drink bottle snatched by one and then it bit a hole at the bottom and drank the water.

We did a cave tour that was quite good.

To get there we splitted up. The kids took a taxi/grab that took them 43 minutes.

It took us an hour 20 to get there. First it was a monorail ride to KL Sentral then another train trip to the cave.

The train was very slow. The thing I found surprising was for a big station the platform was not air conditioned. It was hot and stuffy. It was plain awful. Thank goodness the train had AC.

The kids paid around 33RM for their trip. We paid 10.40RM for ours. The train ride was much cheaper but much more uncomfortable.

In all the kids did well with their ride as 33RM into 4 , their trip costed just over 8RM each.

Thus if going in a group it’s cheaper by taxi.

We went to Jalan Alor for dinner. This was at WAW or the Mickey Mouse restaurant. 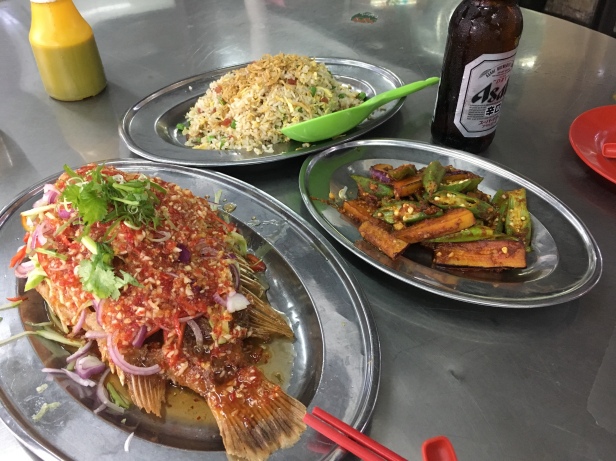 We had fried rice with anchovies, egg plant and okra with belachan sauce and a Thai style fried fish. Hubby had an Asahi and I had a lime juice. Bill came to 99.3RM. About $33AUD.

In all it’s been a great day. Didn’t get to see the palace museum. Too lazy I took myself to bed.