Mr Boardie came over for dinner last night. Well it was supposed to be Saturday but he was sick. I was a bit annoyed as I’d bought fish on Saturday.

Anyhow it was all his doing. He’s gone up to the highlands to work out his route for an upcoming race and ate something bad.

He’s been doing really well with his new engine and winning races so to keep his form it’s a lot of research.

Last night was good. I fed him dinner and he helped me with my door chain. 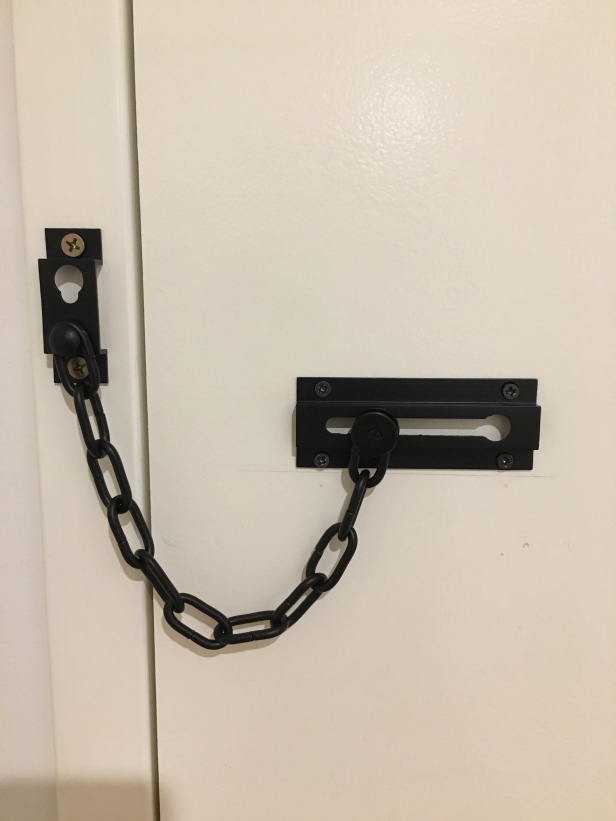 I had fixed the one on the door on and then realised I couldn’t fix the other side on as it’s not timber but steel.

I did go to Bunnings to buy screws for metal. Mr Boardie brought along his tool set and whola. He’s a good screwer 😂

Then he made me take him downstairs so he can show me how to get out of the car stacker properly. He said you can’t let it beat you. You have to win.

After two rounds of in and out I’m a bit more confident. Not much though.

I kept on veering left to miss the concrete column and then get into trouble with the gate. He’s moved the stopper in front for me so I can drive in a bit more to straighten the car up.

I do like Mr Boardie. His intelligence makes me swoon lol He’s intelligent yet he can fix stuff. After all he’s an engineer 😂

The combination is a great turn on 😂