Apparently the federal government is not stepping in. Each state to themselves. The PM has made that clear. We are now all waiting for the announcement on Sunday as to if we are let out or not.

From today’s cabinet they are hoping for borders to be down for Christmas. Yeh right! I’ll believe it when I see it.

I’m doing up my courtyard. The mint will go into a proper red pot. I’m eyeing it for size.

The bench has since moved back under cover. I’ve ordered some wax and black Japanese stain to make it waterproof for outside use.

At the moment it’s got a split down the middle that needs filling in. Hence the wax.

My little Japanese courtyard is taking shape. Just taking a long while to get everything together. 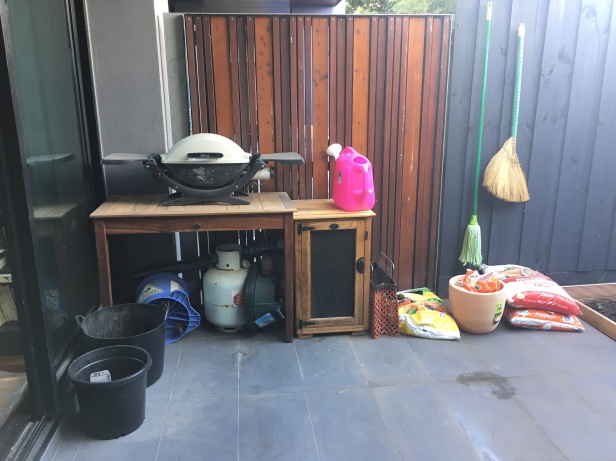 The side next to my neighbour. He’s a young one but okie. Sometimes I hear strange music coming from his side. 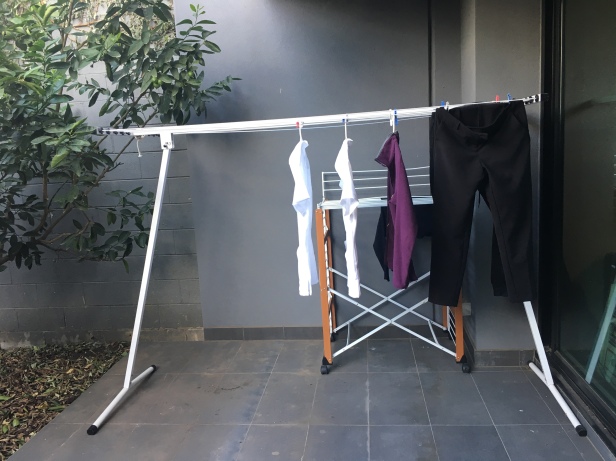 I’ve moved my clothes lines to one side so not to obscure the views to the courtyard.

I ordered a second work jacket just in case they want me to fill in when my in charge goes on maternity leave next year. It’s sparkling white compare with the one I’ve been wearing. To think I’ve been working here for nearly 2 years. I started in November!

I only collected my water feature today. It came all the way from China! I thought the website was an Australian one! So much for thinking it’s from Queensland.

My cousin made her own. She told me it costed her $12 for the bamboo plus 4 hours of work. I replied then she’d better add in that 4 hours of work to her costings which would probably end up costing the same as what I’d paid for minus the hard work.

I still need a water bowl for it. Will have to ring around to see how much it costs to have one delivered to me.

It’s ridiculous all these delivery fees. The red pot for the mint costs around $14 and $10 delivery fee 😩 So now I will have to think what else I can add to the order so it’s worth the ten bucks.

I could easily go and collect it except they won’t allow click and collect on pots! How crazy is that? They are only 20 minutes walk away, not even that.

I think he wants to kick his housemate out but he doesn’t know how to? It was okie when he’s travelling a lot. Now that he’s home it must be bothering him.

Anyhow it’s his house so I’ll stay out of it. I’ve suggested may be send him links of houses for rent? Around the area? to give him hints? Or tell him straight? Like look you’re coping okie now so time to move on? 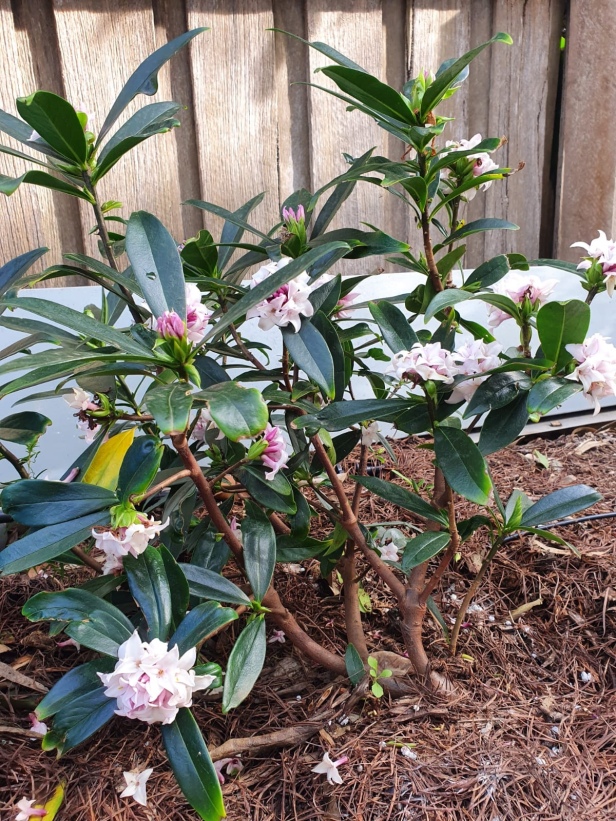 Talked to my old manager today and she sent me a photo of my Daphne. They are doing very well in her garden. It was her housewarming gift.