Excuses! I’ve been wandering with Mr Wanderer and sometimes there’s been no reception! Thus can’t post! 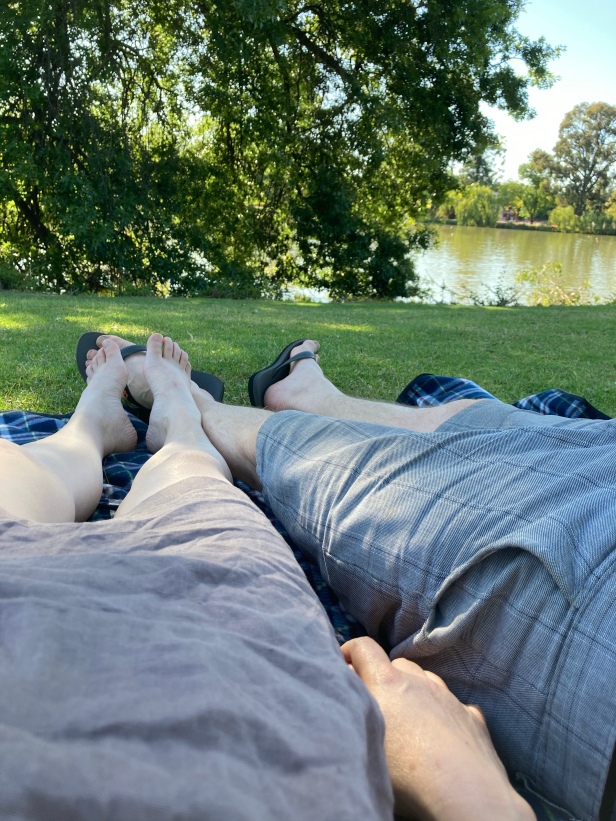 Napping at the lake in Bendigo. He needed his grandpa’s nap after lunch. We tend to sleep holding hands.

After that it was off to the Bridge Hotel for dinner. We rode in from his brother’s place.

In the end we stayed at his brother’s place the whole weekend.

We left Bendigo on Monday afternoon just past for Nagambie. 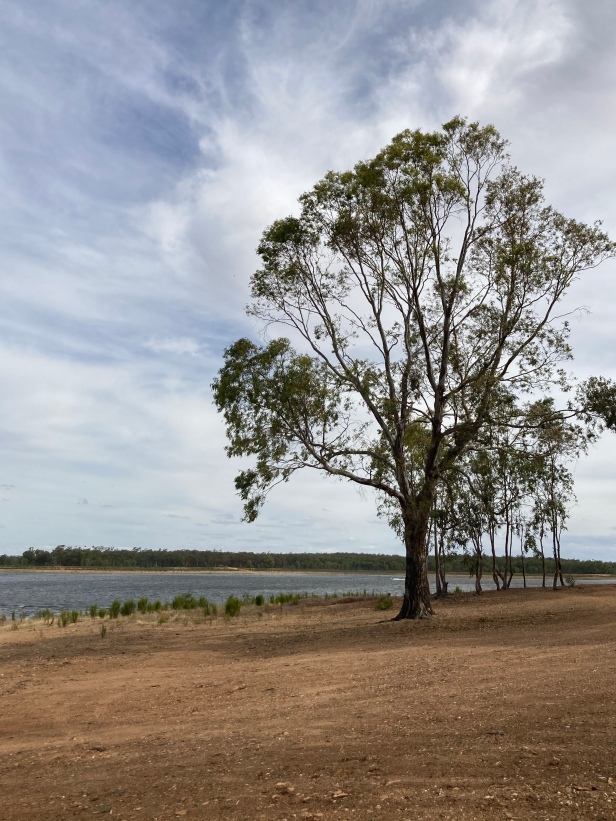 Lake Eppalock for afternoon tea and a snooze enroute to Nagambie.

Problem was the pub we booked served us our meal too late and well we never made it to the camp site.

Google map got us to the turn off then the blue dot kind of disappeared. Felt like we drove in forever and no one around! On dirt tracks. It was dark too and no internet signal? I got seriously spooked.

In the end we turned around and went to a better known campsite. A bit more crowded but it did us for the night. 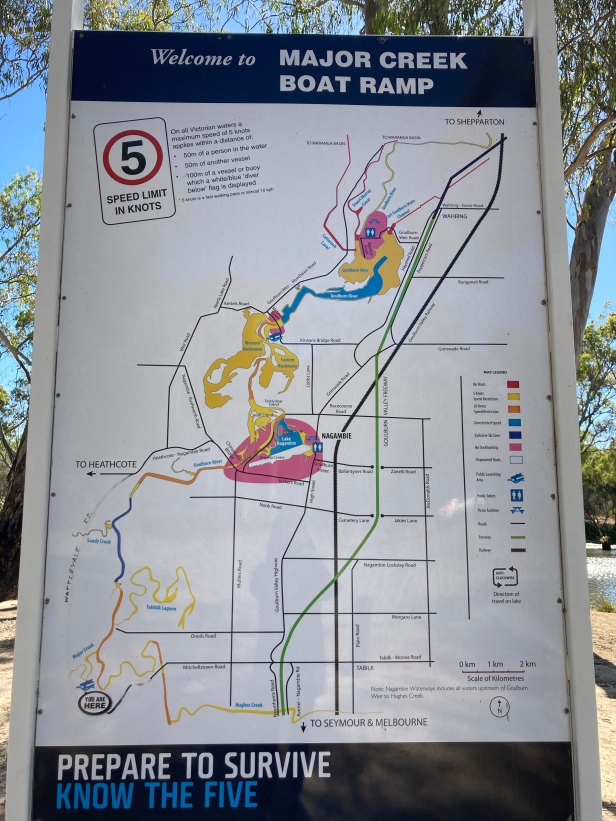 That was where we camped. Just out of Nagambie. 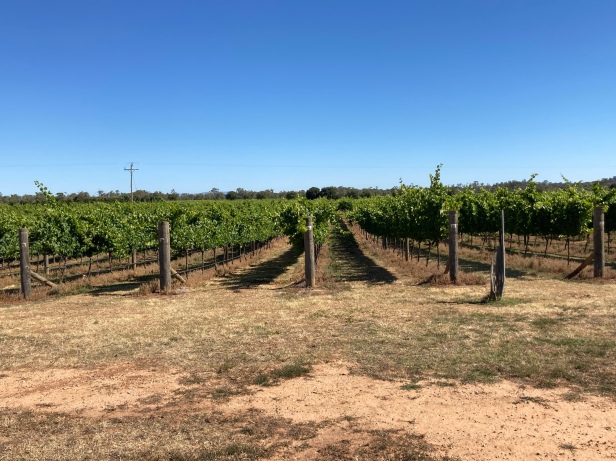 The next day we went to the wineries for lunch.

How great is their decor?

We had oysters for entree! BBQ cod in a cherry sauce and dill, steak with truffle mustard with charcoaled greens.

It was yum and well he over indulged. The bottle of wine went down too easy. I had one glass and he had the rest! We ended up snoozing in the caravan until 6pm.

We only left as we thought the IGA only opened til 7pm. And we needed supplies for dinner!

Since he’s had about 6-7 standard drinks I drove with the caravan in tow 😂 very slowly 😂 I can go straight and around a round about! Just don’t ask me to reverse 😂

After a late dinner we drove back to Melbourne. Didn’t get back to his place til 11:30pm. I made sure he didn’t drive under the influence.

It was that or an early start the next day so I can go to work! He thought it’s quite rude to get up early and thus we left that night.