Yes! It’s Spring over here! Our clocks changed on Sunday! We lost an hour!

I spent yesterday giving my bedroom a once over! Took my shoes back down to the storage!

I had so much stuff under the bed! Which I’ve found somewhere for them.

My room is now spotless. Well kind of.

I reorientated the bed. It used to be adjacent just under the window. 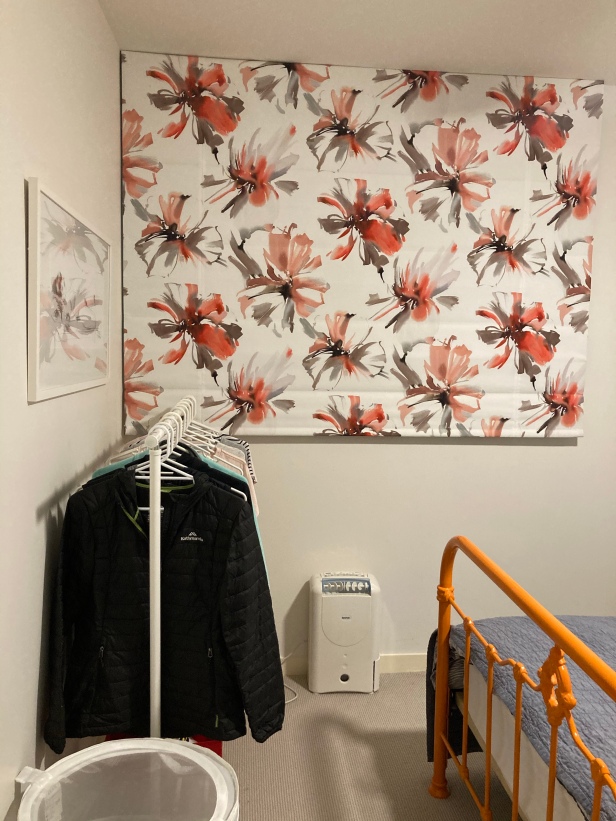 I don’t know what to do with my rack. I took it outside for my washing. It’s now back in! For now! I need to get rid of it to make room.

I need a coat stand I think. Just to hang my half worn clothes.

The thing is it has to be lower than that window so not to look messy from the other side.

Mr Wanderer came over for dinner last night. He’s since gone to his work site. I’m having a lazy day.

I think he’s over his housemate. His so called housemate spilt red wine on his carpet! Now he’s clomping through the house in his new army boots! So Mr Wanderer is going to buy him a pair of slippers to wear inside! So not to damage his floor boards!

If it was me I’d kick his housemate out a long time ago! I have no patience for the selfish prick!

In a way I’m glad he’s not coming over as much! It means he’s going to be living in his shed! And no sleep since his housemate makes so much noise in the middle of the night! Which in turn means he might get sick of him and kick him out sooner than later!

Have done my banking. Paid my bills. Chased up my PAYG statement. Since I receive rent I have to pay tax quarterly. That way I don’t have a big massive bill at the end of the year. I usually get a small refund.